Headed to Alaska – A Life Update

By Jeremy SeinerMay 1, 2018No Comments 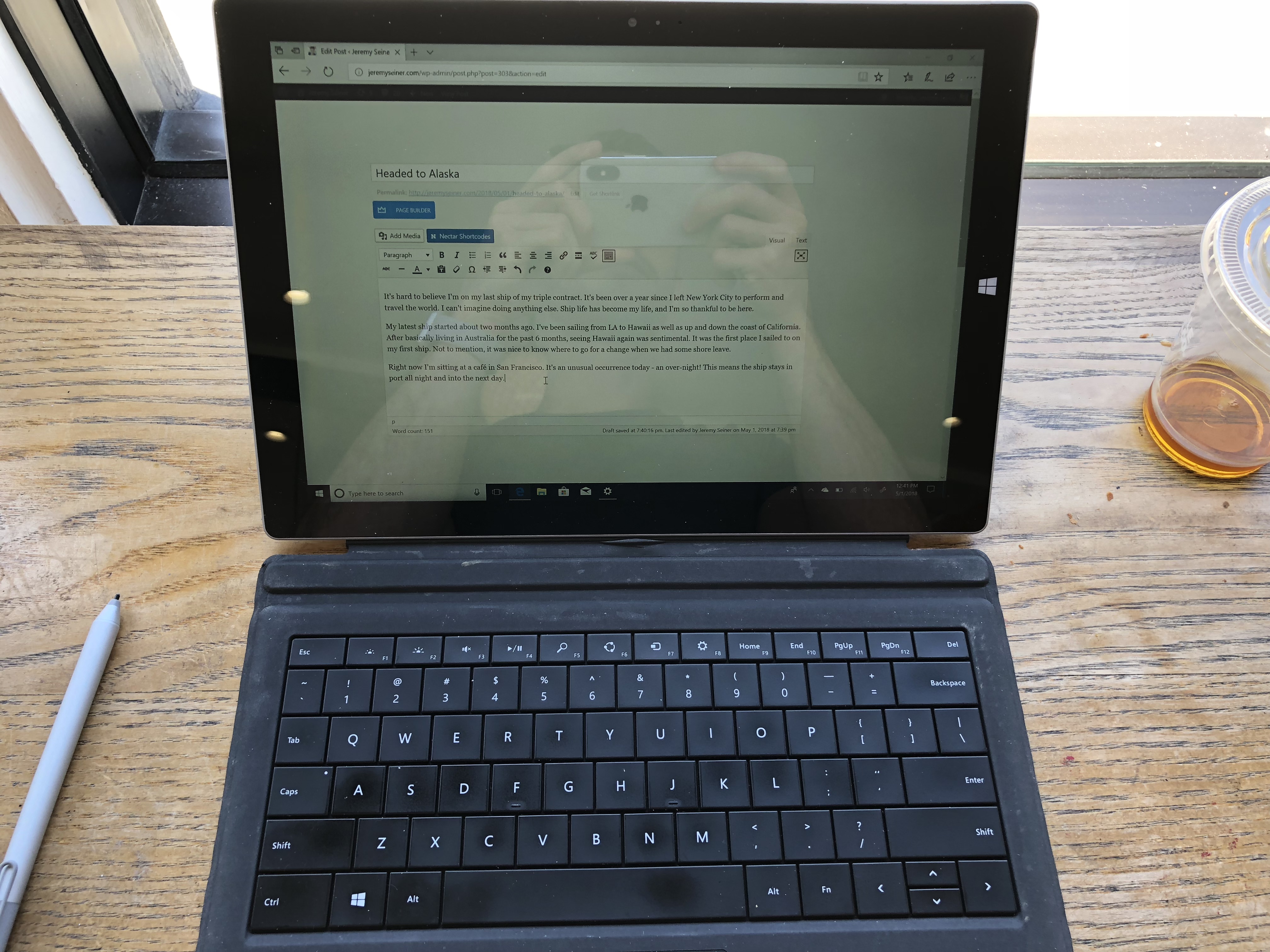 It’s hard to believe I’m on my last ship of my triple contract. It’s been over a year since I left New York City to perform and travel the world. I can’t imagine doing anything else. Ship life has become my life, and I’m so thankful to be here.

My latest ship started about two months ago. I’ve been sailing from LA to Hawaii as well as up and down the coast of California. After basically living in Australia for the past 6 months, seeing Hawaii again was sentimental. It was the first place I sailed to on my first ship. Not to mention, it was nice to know where to go for a change when we had some shore leave.

Right now I’m sitting at a café in San Francisco. It’s an unusual occurrence today – an over-night! This means the ship stays in port all night and into the next day. You can count on me seeing the new Avengers movie – Infinity War. The plan for today was to just enjoy the day ashore without worrying about getting back on the ship on time. Just walking around on land feels so relieving. The ship is big, don’t get me wrong, but we are land creatures. Maybe it’s a mental thing.

If you’ve read my past posts and are wondering what the heck happened to all of my 3D work, don’t worry! It’s still happening. The model-a-day idea kind of died… but my interest and learning has continued to grow and transpire. My self-schooling has taken me into texturing with programs called Substance Painter and Substance Designer. They are fascinating! One can create procedurally-generated textures that tile and look like anything. And it’s surprisingly intuitive and easy to make.

I’ve also downloaded ZBrush. It’s like sculpting with digital clay. Remember playing with Play-dough when you were little? It’s like that, but with a pen and an undo button. I’m psyched.

OKAY WHAT ABOUT ALASKA!

The last portion of my ship itinerary is Alaska and I am so pumped. I was able to experience Alaska for a week on my first ship eons ago. I will be glued to my camera. Everywhere you look – the landscape is just gorgeous. It’s going to be a nice change of pace from Australia, New Zealand, and Hawaii. Not to mention colder. But I think I’m ready for the simpler atmosphere. Every week we’ll get our regular dose of society with our main port being in Vancouver, Canada. However, the rest is just fresh air and mountains. I can’t wait.

Alright, that’s a little update on what’s going on. Stay tuned for more!