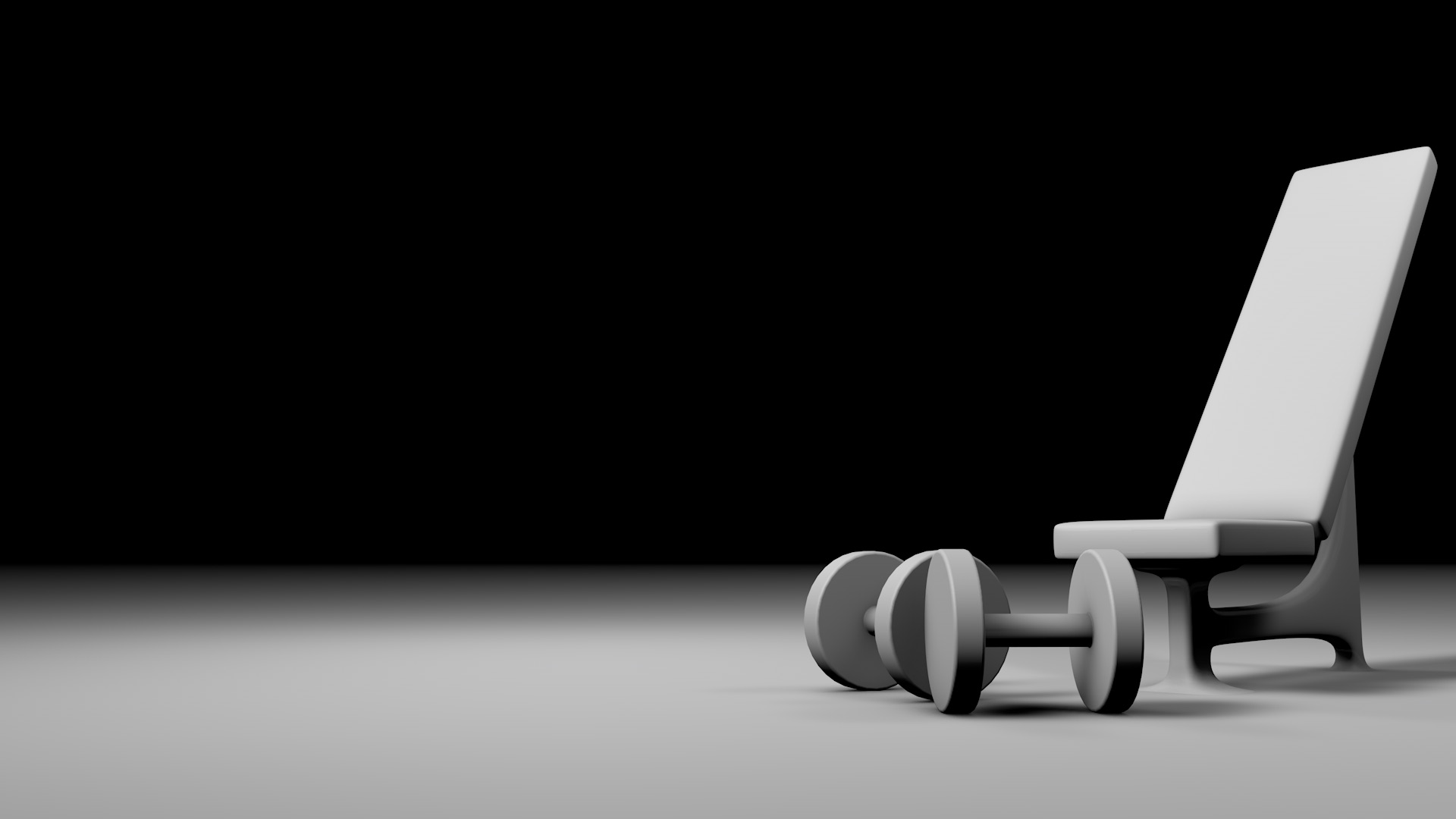 By Jeremy SeinerJune 6, 2017No Comments 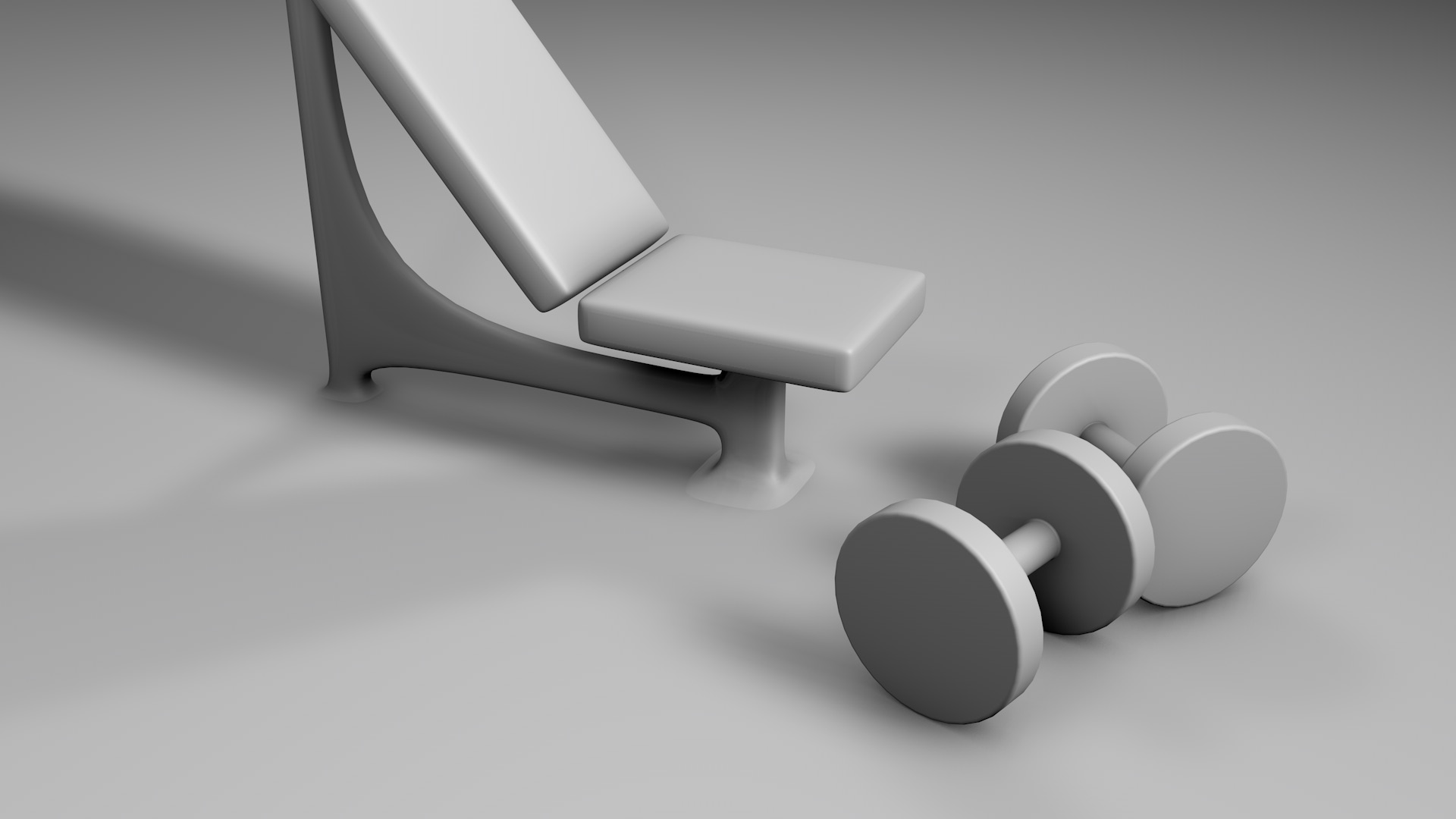 The 3D saga continues with the modeling of a small gym scene. Specifically containing two dumbbells and a bench.

I wanted to do something a little harder this time. Instead of using a couple shapes to make some cooking utensils, I wanted to do something I couldn’t make out of a “stencil”. The bench allowed me to flex some new thinking muscles. How would I make the base? In what way could I connect the bottom of the bench to the back pad? Fun! 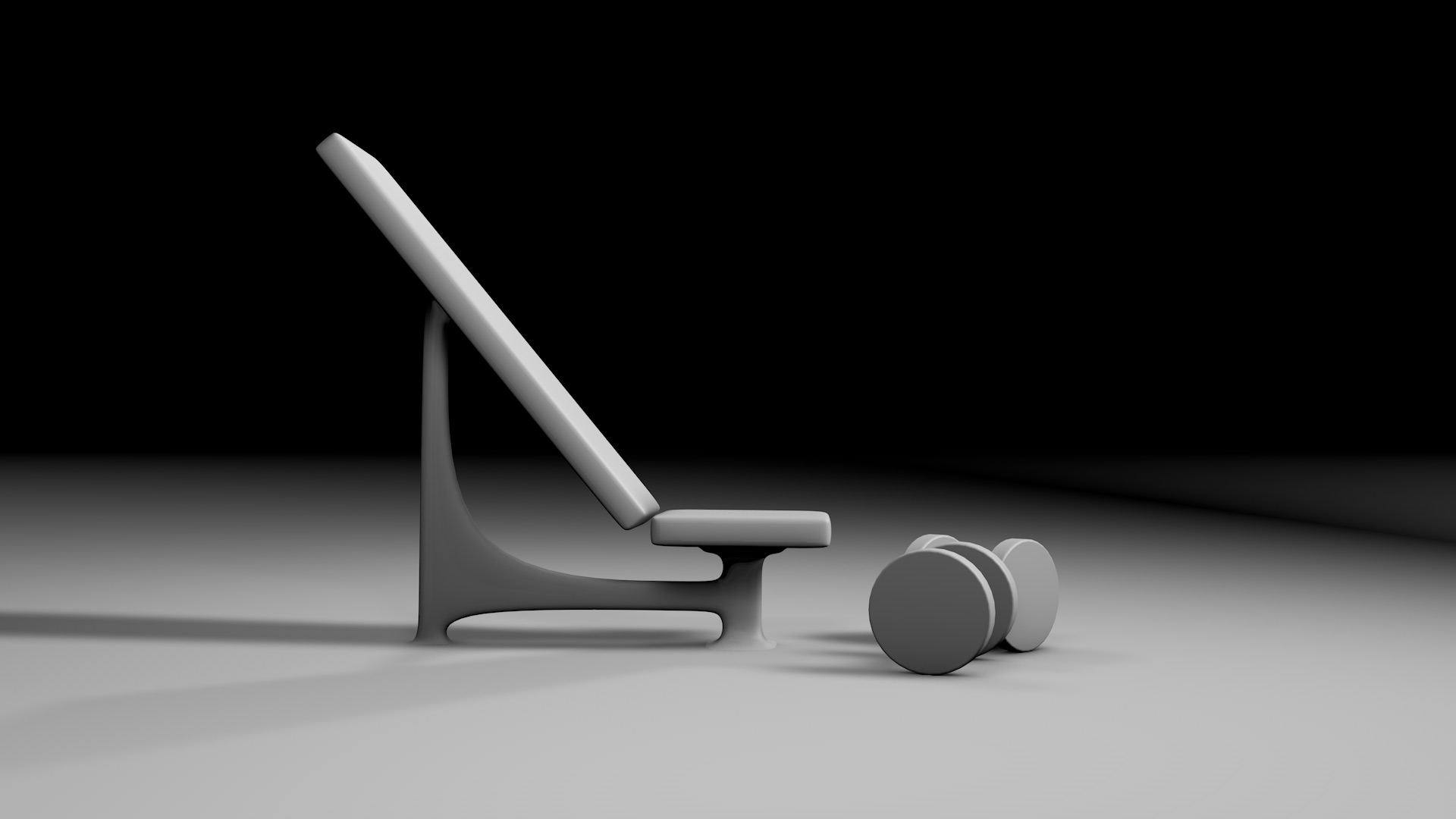 It was very reassuring to find that this model took much less time than the last. I realize that this is still very simple. But with every new piece I make, I find it easier to get more complicated. During this particular process, I learned a bunch of new keyboard shortcuts.

I have also been playing around with the idea of starting a bigger project that I could spend an hour or so on when I have one free. I think this might be the result of me getting more and more excited about the possibilities.

I spent a majority of the day discovering the Unreal Engine. It’s a platform designed to make it easy to create video games. I’ve already looked at another one called Unity, but this one seems to have stronger visual chops. I understand that I’m no video game artist (at the moment), but it was fun to soak in a little more knowledge about the process.