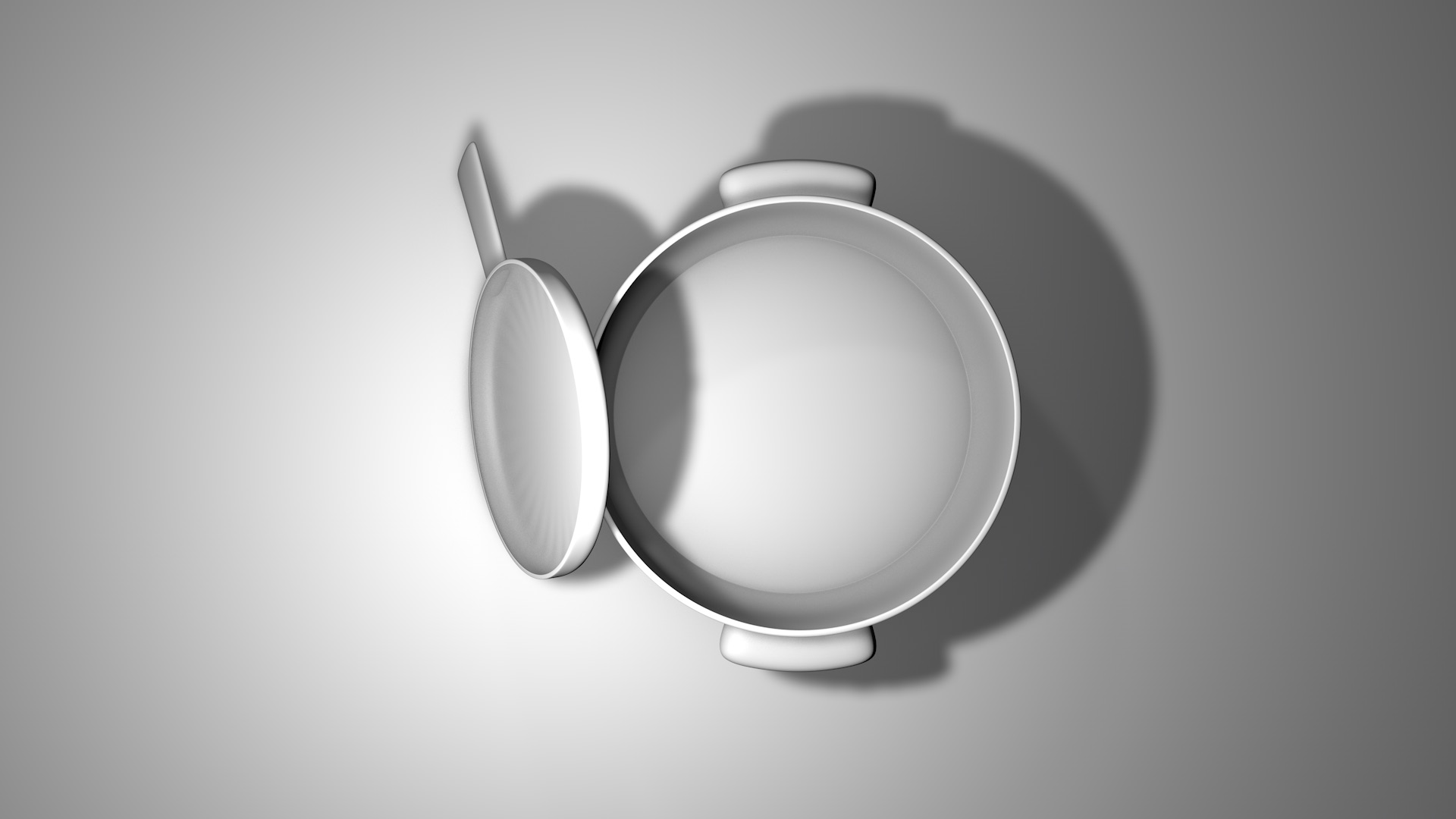 Today I decided to practice a different kind of modeling. This kind of modeling was done in the computer. Lately I have surrounded myself with a new form of creativity – 3D. And its conjunction with an online video maker only makes it more exciting.

While I was onboard the Grand Princess, I knew I wanted to discover and learn a little more about the process of creating things from scratch using a 3D program called Cinema 4D. What I didn’t plan on feeling was total fascination. While I had wifi, I would download countless tutorials from YouTube on the subject – each giving me answers to my questions while also increasing the complexity of those to follow.

I’ve spent the better part of two months soaking in a fraction of the possibilities one could attempt with this program but I could not seem to start my own journey. Maybe it seemed a little daunting. Maybe even a little overwhelming. All in all, what I really needed to do was put my foot down and just start.

How could I begin my 3D journey? I’ve listened to podcasts, browsed multiple blogs on the subject, and dug deep into the archives of many popular YouTube channels watching other successful 3D artists experience their journey. When I know I want to attack something new like this, my initial instinct is to surround it on all sides from multiple vantage points thinking of multiple outcomes until my head starts to spin.

And spin it did. Like I said, I’ve spent months looking at this stuff. But I do not regret a single second. While I researched and researched, I discovered that there are many different kinds of 3D flavors and concepts. There’s motion design, visual effects, concept art, character creation, sculpting, hard surface, rendering, game asset creation… the list continues to grow by the day. What do I want to do?

I’m an actor, why not start with modeling?

As funny as the term is, modeling is where I think I should start. In 3D terms, a model is the actual object you create out of points, lines, and polygons in 3D space. Or so how I am interpreting it at the moment. The act of creating something out of nothing using these tools is called 3D modeling. I am drawn to the fact that with these tools, I can make anything I want. Infinite creation. If I can imagine it, I want to be able to make it appear in front of my eyes. 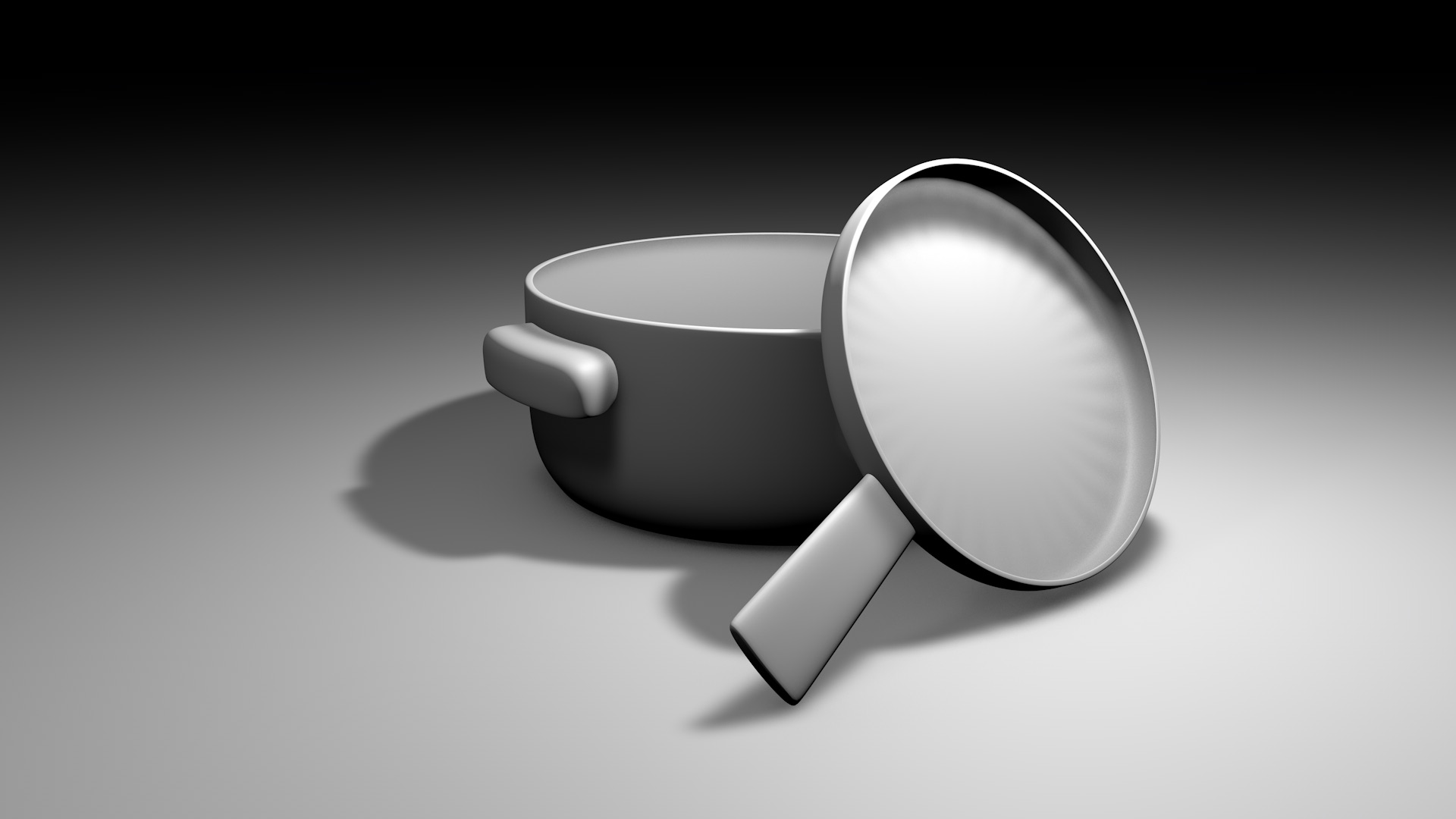 To get better at anything, you have to practice. So, let the modeling practice begin! Today, I thought I’d start out with a couple things you’d find around the kitchen. Here I have a large soup pot and a pan. Both made with simple handles and positioned against each other for a tiny bit of composition. Both objects were really fun to make. After finishing the first object, the soup pot, I had used a few techniques I had learned from it and applied it to making my pan. Immediately the time it took to complete the second model decreased from the first.

This first image is not supposed to look pretty. The idea of this little project isn’t to make a complete work of art ready for the photo gallery. Instead, it’s an exercise to shorten the time between what I have in my head, and what exists in the real world. Think of it as sketching or practicing to draw what you see or envision in your head and putting it on paper with a pencil or pen. I’m learning how to use the tools so that I can quickly produce better results.

Now comes the question of where I want to go to from here. I have been dabbling in my head with the idea of trying to model something every day. I think I want to set aside an hour a day when possible to simply play. I say “when possible” because I know what it’s like to make a promise like this. I used to vlog every single day making a 10-minute video telling myself that if I continued to do it every day I would get better. In the end, yes I did! But, at the cost of the video quality.

If there is any evidence by my interest in the matter the more I do it, the more I will enjoy it – and that’s saying a lot because I really enjoyed this first attempt. I am already catching myself looking at an object in the real world and immediately going through the steps involved to replicate it digitally. With every object I choose to create, I want it to slightly challenge me a little more than the last. I’m already coming up with a few candidates for my next foray into 3D territory.

I can’t wait to look back at this post and see how far I’ve come. Cheers to the future!